Lady B- the busy bee

No blogs for a while, I haven’t forgotten nor ignored it, just been too busy with work, domestic chores and spending time with some long neglected friends.
Writing this from rainy Spain, as apparently we took the stormy Norwegian weather with us when we flew to Bilbao yesterday, It seems like it is autumn even in Spain.
So what’s been going on since I’ve been so busy?
Not much really.
I have seen a couple of films at the cinema. Tree of life – which I heard on the grapewine that had gotten good reviews, but ended up wasting more than two hours on bursting volcanoes and close ups of the Milky way. Little dialogue made me glimpse a possibly good story. The actors were good ( Pitt and Penn), the soundtrack not bad either, but the time spent watching were two hours of my precious time. I would rather have watched the view from my living room window than this film. But that’s just my opinion.
I have also seen Oslo 31st of August, which was brilliant. It follows a previously drug addict through 24 hours, showing how he is struggling to find meaning in living. He visits some friends, sits at a cafe and listens to chit-chat, goes to a party and nothing gives him any reason to live on. It is a film who has made a long lasting impression on me, and is the best film I have seen in a long time. It also uses Oslo almost as acharacter in the film, which I really liked.
I have been to a party. Upon getting there I got lost and arrived after 9 pm. I had a really good time, nice people, a good tapas buffet, fantastic chocolate cake and great Spanish wine. Sadly I had to leave around midnight. So three hours of “partying” – wow! It was fun three hours though and entirely my fault that I got lost on the way.
We have also celebrated Pappa Kas’ birthday. Little H got him a game for his Wii as his wife would never have gotten him such a silly thing. I got him a boring, but very nice jacket and an equally conservative t-shirt- still nice. I did make a rather delicious cheesecake and he got sweet cinnamon buns. He also got to pick the dinner of his choice, pasta Carbonara, so I guess his day was nice and birthday-ish. He even got to borrow Little H´s crown. 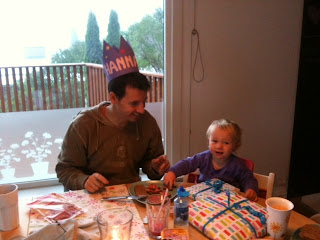 We have had some nice walks in fine autumn weather. Crisp air, brown leaves and red cheeks,  then home to hot chocolate and waffles. That’s autumn and I love it.
What have you been up to lately? 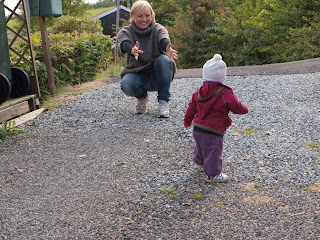 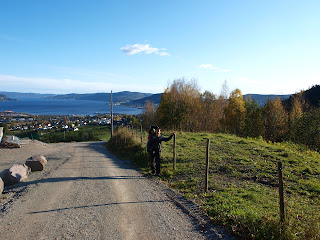 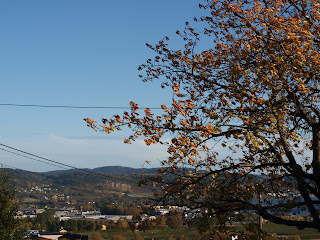